Since Tuesday one week ago, Heather’s family has been coping with an unimaginable tragedy. A tragedy no family should have to face, one no parent should ever have to endure. A tragedy I don’t think we can really ever understand.

Heather’s aunt and uncle, now have only memories of their children. And Heather, her parents and sister, have only photos and stories.

Despite family issues that everyone has, the Bonde family and the Johnson family are the tightest, most loving I have ever known. They are generous in the ways that matter, they are generous in love. They have deep faith and all of us know that Karen and Eric are together, in a better place, watching over the entire family, with warmth and love.

There is nothing that can replace your children, and as a father of 4 year olds and a 4 month old, I can not even allow myself to imagine that loss. Even conjuring it as a possibility is too much to bear. I am unable to imagine how Karen and Eric’s mother and father will go forward, although I know they will.

I choose to look to the future with hope for my babies. And if there is anything that tells me that hope is reasonable, it’s in seeing K&O playing with the other kids at the Bonde’s house, in the beautiful fall New England sunlight. And watching Eric’s mother adore Meera’s squeal of delight and hearing the stories of friends and family as they remember Eric in the most important ways. With love.

We will never really know what brought Eric to that place, but we know his suffering is over and he is now at peace 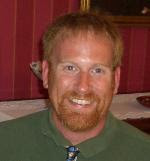 Thank you to everyone who checked in on us during our blogging break, we appreciate it very very much.