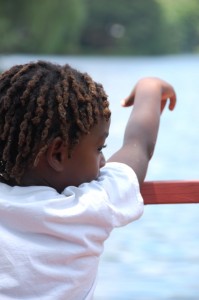 Kyle is a sweet boy.  He is our poet, our author, our teller of stories.  Our boy of wondering what will happen, of “what if” and making sense of the big questions: God, inequality, the meaning of war, peace, Earthquakes, death and Jesus. Even in his quests, he is beyond solid. His physical presence is something felt. Moving him is like moving a mountain. There is balance and equanimity in his every emotional motion, every wonderment. His teachers call him the center of the class, and there is a reason why.

He is a calm sea. Gentle currents.

Sailors know to respect the ocean. That although beautiful, the ocean has an undeniable strength and power that is often overlooked and misunderstood. Mountain climbers know the tallest mountains have the greatest landslides. The most mud cascades down when disturbed at the core. And you can disturb the core with a single misstep.

During the boys’ rest hour today, I took Meera out for a quick errand, while Margie finished the day. I popped her in the car, and off we went. We stopped at the store on the way home – the whole trip was about 45 minutes total; maybe less.

When Heather got home we were all thrilled to see her. It was just about time for bed, but Kyle jumped into her arms and broke down crying. A deep, deep, animal cry, penetrating and hard. A core cry – something below the surface moving and sliding the plates of the earth like so many puzzle pieces.

He was so angry that I had left him at home, not told him where I was going and had taken Meera. He was so deeply angry that he would not let me touch him, or come near him. His anger was so strong that when Owen came over to check on him, Kyle mistook him for me, lashed out with his arm and hit Owen in the mouth.  He was so hurt, he ran away from me over and over. After his guttural cries subsided a bit he was able to articulate:

“Papi has never done that before”  “He always takes me”

“You love Meera more than me” “You meant to do that to me, you meant to hurt me”

“You left me on purpose.”

He did settle down. He did recover. After he was able to deeply breathe and be ok, Heather held him, I held him. I whispered in his ear that he is my boy, that I will always love him, that I will always come back.  That I was so deeply sorry to have left him. That I would never do that again (and mean it). That it was ok for him to be mad, Papi can handle that. That he is a good boy, my boy, my special boy and I love him.

He is who his is because of where he comes from. He was adopted. He was in an orphanage as a baby. Those parts of him are real and always will be. Those experiences impact who he is and how he needs to be loved. And I, and we all, have to always be aware of that.

A calm sea; with currents below the surface always there.