Celebrating Adoption: Attachment Both Ways (and the "Things We Did" post) 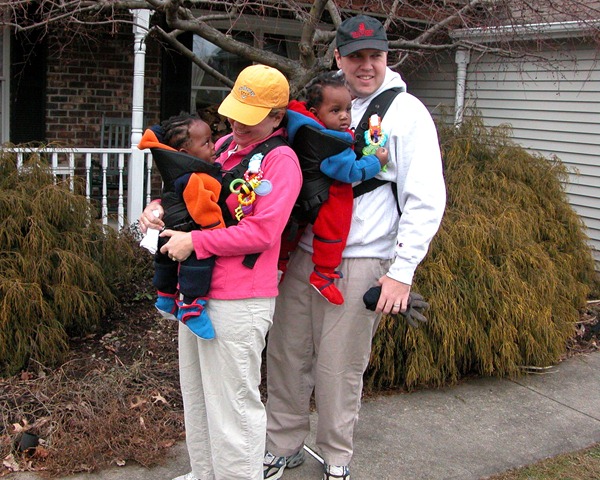 Four years ago I wrote a big post on the topic of: “Things We Did In the Very Beginning with Kyle and Owen” (click here for the link). For a long while that post was the most visited post on our blog. And then, somewhere along the way, other posts took over in the top tier of ‘Most Viewed’ in our site stats and the “Things We Did” post got lost deep in the blog archives, rarely to be viewed again. All along the way, though, whenever prospective adoptive families or waiting families have emailed me for insight or advice, I’ve sent them to that post.

I wrote that post in January of 2007, when Kyle and Owen were just two years old, and Meera wasn’t even born yet. When I re-read the “Things We Did” post (which I do from time to time), what always strikes me most is how, if I were to re-write it today, four years deeper into parenting, I’d probably write the same thing– but just add more to it. My core thoughts and feelings about attachment in adoption have been relatively unwavering, despite the ups and downs and ebbs and flows of the past seven years of my experience of motherhood. However, I’ve learned a lot along the way.

If you were to ask me what the most important piece of my own adoption experience has been, I’d say this: what I’ve learned, above all else, is that attachment is a two-way-street. In the “Things We Did” post I wrote: “…Attachment goes both ways. It isn’t just a matter of the baby attaching to the parent, but of the parent attaching to the baby too.” Now, seven years in, I feel that in my heart, and think that in my mind, more than ever. As I reflect on our own experience of adoption, live out the present-day real-life living of being an adoptive family, and witness other adoptive families, I know it more than ever: attachment goes both ways. And just as it is challenging (to say the least) for a child to attach to a parent, it is challenging for a parent to attach to a child.

So, what are the things that we can do, as parents, to purposefully and deliberately and intentionally build attachment to our children? This is something I’ve been thinking a lot about in more recent years. In the early phases of my life as an adoptive mother (particularly while planning our adoption, going through the actual adoption process, waiting for Kyle and Owen, and then the first few weeks of bringing them home), I was so focused on K & O that I thought almost exclusively about attachment as a one-way thing. But as our bond began to grow, I consciously thought more and more about how I was attaching to them. By the end of the first couple of months I was very conscientiously understanding the attachment process as a two-way street; as a bond that goes both ways. And while some of the bond can (and often does) happen organically, some can (and often does) require hard work on both sides.

If I go through the “Things We Did” post, I can now see how each of the things we did to foster Kyle and Owen’s attachment to us also fostered our attachment to them. For example (from that post):

What I know now, more than ever, is that our own attachment to Kyle and Owen is just as important as their attachment to us. Of course I knew this, theoretically. But it is another thing to experience it, conscientiously. Attachment is a bond. A bond that goes both ways. And it isn’t always easy to bond with a child. Attachment can be challenging in the best (and most traditional) of family circumstances. But add adoption to the mix and chances are it is going to be even more challenging. Layer on things like wet infectious smelling snotty runny noses, or horrific parasite-induced diarrhea diaper explosions, or defiant testing-the-limits kicking punching pinching spitting… and factor in that you literally just met this little person, and they don’t resemble you in any physical way whatsoever, and they smell completely unfamiliar, and you have no idea their rhythms, routines, or rituals… and seriously… it is challenging. Attaching to a child can take a lot of work. Hard work. Hard work that nearly nobody acknowledges or even recognizes. But hard work that – I believe – really needs to be done in order to pave the way for a healthy family.

And so, four years after I wrote the “Things We Did” post, I can see more clearly how much work Braydon and I really did. I don’t write this to pat us on the backs (not at all, trust me). Rather, I write it because I think that while this “attachment-as-a-two-way-street”-thing might seem obvious, in my own experience I have found that it isn’t actually brought up to the surface very often – even in the adoptive family community. And so I write this to surface it. I also write it so that from this point on, whenever prospective adoptive families or waiting families email me for insight or advice, I can send them to the “Things We Did” post, but also link them to here. Because I think my biggest insight from my own experience with adoption is that purposeful intentional attachment – both ways – is key, and that this is critically important for adoptive families, and for those who are trying to support them, to recognize and acknowledge. 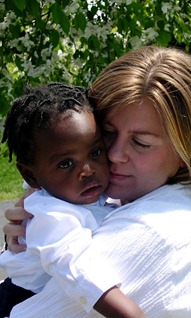