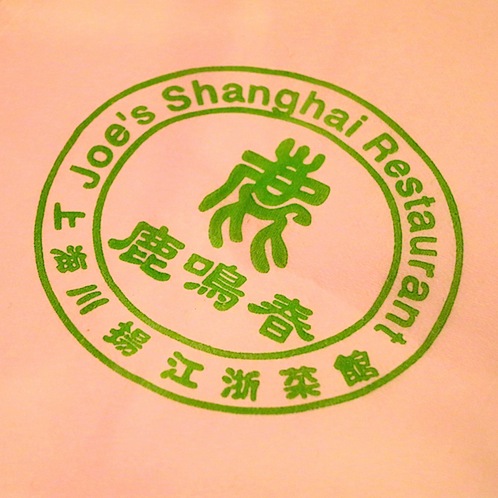 This is the story we tell when we go to Joe’s Shanghai.

One time, not so long ago, Mommy and Papi got married. It was Saturday, September 15th, 2001. And just a few days before that — on Tuesday, September 11th, 2001, something very horrible had happened in the United States. It was “9-11” and it was when the airplanes crashed the twin towers in New York City. Papi was right there, going to work that day, and saw horrible things happen. And many of our friends were there too. But lucky for us, nobody we loved died or was injured. Except, the tragedy was, many, many, many people died and many lives and families were devastated. In the town where we lived in New Jersey, very many people died. It was a heartbreaking time where we lived, and in our whole country. It was also a heartbreaking time to get married — that weekend the airports were still shut down, so lots of our friends — some of our very closest friends — could not make it to our wedding. It was really sad. Especially for Mommy.

The next week — it was the first weekend after the Saturday that we were married — we were back in our house in New Jersey, where we lived then. On t.v., the mayor of New York City announced to the whole country that New York, New York was “open for business,” and he asked that people “come back to New York.” And so Mommy and Papi decided to do what he was asking.

We took the train into the city to spend the day. It was hard to see the New York City how it was then. There was smoke and ash everywhere, and the whole place was practically deserted, and there was a terrible mournful smell and feeling in the air. It felt like a very unfamiliar version of The Big Apple. We went out for coffee, and browsed some shops, and bought tickets to see a Broadway show (42nd Street — it was awesome!), and we decided we’d go out for lunch before the play began. We wanted to eat in Chinatown, but had never found a restaurant there that we loved. We asked a Chinese man, in a subway station, for a recommendation. “Something real, not touristy,” we said. “Someplace authentic, someplace you’d go with your family,” we said. He looked at us very skeptically. “Are you sure?” He asked. “Yes, we’re sure,” we said. So he told us: “Go to Joe’s Shanghai. Get the soup dumplings.” He gave Papi the address and we headed straight there.

We were seated at a big round table, way in the back. At first, it was just the two of us at the table. But within 10 minutes, the table was filled with six other people — all firefighters, all covered in thick ash and dust, all smelling like a sickly smoke. We were stunned. We knew right away they were working at the 9-11 site. And sure enough, they started talking about it to us, telling us a bit of their stories, explaining to us about a little bit of what was going on at “Ground Zero.” And it was heart wrenching and incredibly inspiring to have lunch with those firefighters that day at Joe’s Shanghai.

That was when we first fell in love with Joe’s Shanghai.

And we started going to Joe’s Shanghai every chance we got.

It wasn’t long after that we started daydreaming of starting a family, and we’d often talk about the kind of life that we wanted to have, and we’d laugh about how we couldn’t wait to take our kids to Joe’s Shanghai, and places like it.

And soon, Kyle and Owen came home, and our family life got started. We first took K & O to Joe’s Shanghai when they were babies (before we even started the blog; when they weren’t even 2 yet; it was one of the first restaurants they went to). Our three bambinos have been eating soup dumplings at Joe’s Shanghai their whole lives. It is one of our happiest and most favorite things to do as a family.

Today we went into the city. It was so cold, and there was snow and slush everywhere. 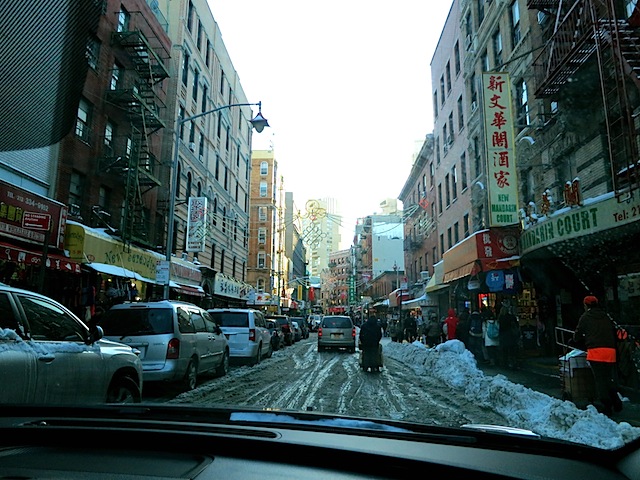 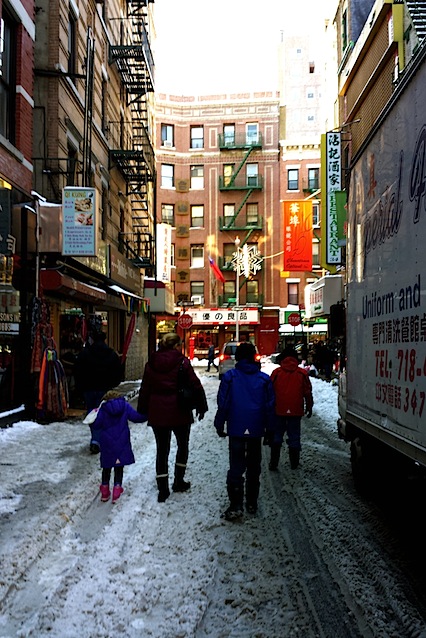 Within 2 minutes of sitting down, we had what we went for. The soup dumplings. Today we had 5 baskets of them! Our new record! 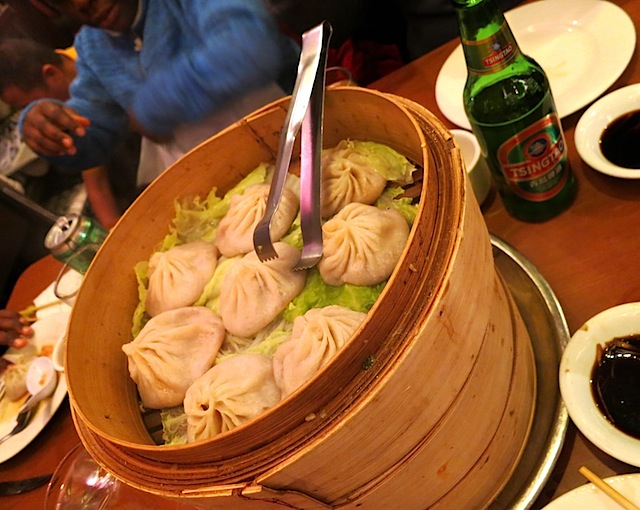 Plus our other two favorites: the String Beans, and the Shanghai Flat Noodles.

After, we did what we always do: we browsed the vendors on the sidewalk (we bought Meera a Chinese fan and a plastic baby doll; Kyle and Owen announced that they have “outgrown wanting anything from the street shops” — which is just fine with us). We browse on our way to our favorite Bubble Tea shop — we always have to get the Chinese Boba (tapioca ball tea)! It was winter, so we got it hot. In the summer, we get it cold. And today, something new! Kyle eyed someone eating something that looked good. Mommy found out what it was — Chinese Mantou — fried sweet buns with condensed milk for dipping. We got some to go, and it was an instant dessert hit for us all — K & O especially. And so, a new tradition begins — Mantou on the street, with our bubble tea, after Soup Dumplings at Joe’s Shanghai. 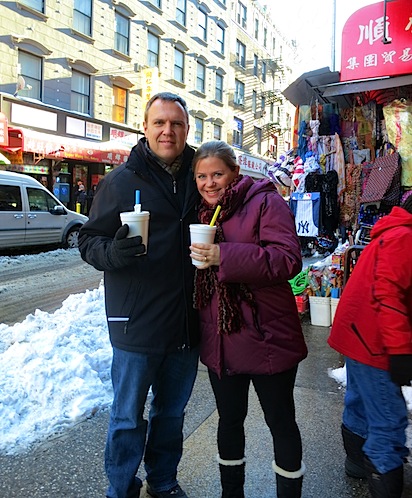 “If more of us valued food and cheer and song above hoarded gold, it would be a merrier world.” ~J.R.R. Tolkien 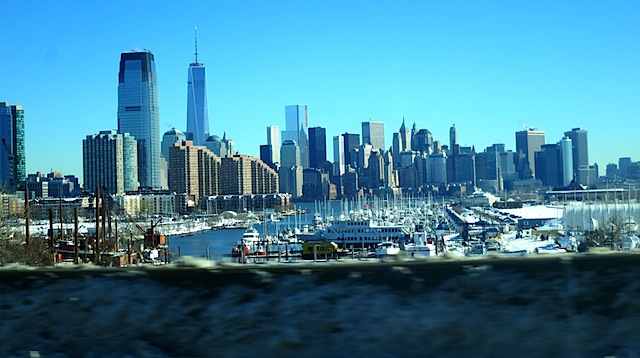