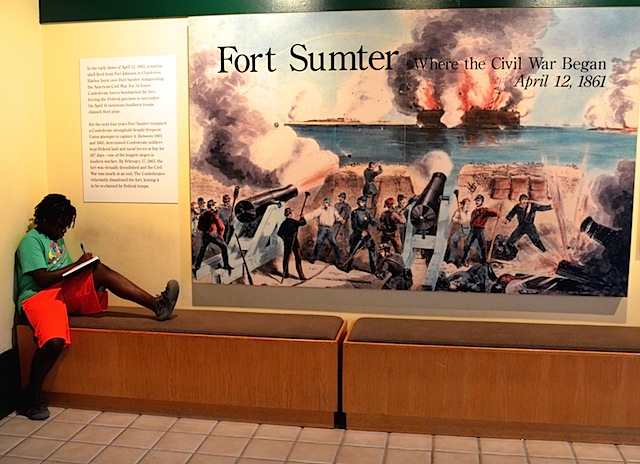 Kyle is developing (or has developed?) a serious interest in U.S. History — specifically, African-American History — and even more specifically: the Civil War. At first we thought this was an intensive obsessive interest (he tends to fixate on specific topics for stretches of time, but then he usually moves on). This interest, though, seems to be sticking. It has been growing and rooting for a few years now. And instead of phasing out, it seems to be deepening and strengthening. At this point he already knows far more than I ever knew about the Civil War. Once we saw that this interest was not just a passing phase, we began to help foster it a little bit — the real start of that was when Braydon took him to Gettysburg for a weekend, which was (truly), for Kyle, a top highlight of his life to-date.

There is something about being in the South — or maybe it is specifically the Lowcountry?, or maybe it is the summer’s time to decompress, and open up mental space, and create space for continued conversation about topics-outside-the-realm-of-the-daily-grind?, or maybe it is something else entirely? or maybe it is, as I believe, some combination of all of those? — well, there is something about our time here that seems to noticeably intensify Kyle’s passionate interest in history. To me, it is intuitively understandable why this is, but I think it would be hard to understand it if you’d never spent time in this very specific and very unique part of the country. Here there is history all around us, it is just oozing out of every pore of the place; it almost feels like if you are open to it, you’ll absorb it through osmosis; we are — quite literally — at the epicenter of African-American history. We’ve brought the bambinos to the Lowcountry for the past four summers in a row, and it is remarkable to me how much just being here stirs and rejuvenates and fuels Kyle’s interest.

Last summer we took a trip to Magnolia Plantation, which was, for Kyle, a pivotal experience. We wanted to do something like that for Kyle again this summer, and we knew — months ago — what it would be. He had a burning desire (seriously! an obsessive need) to go to Fort Sumpter. So, just a week into our stay, as our first big day-trip in the Lowcountry, we all headed out on Sunday for Fort Sumpter National Monument.

The bambinos have been sleeping in until 8 or 9 each morning, but on Sunday, Kyle was up at 6:10am, ready to get the day started, too excited to sleep. We were on the road to Charleston at 7am, and got there (with plenty of time!) to make it on the first boat of the day at 9:30am. 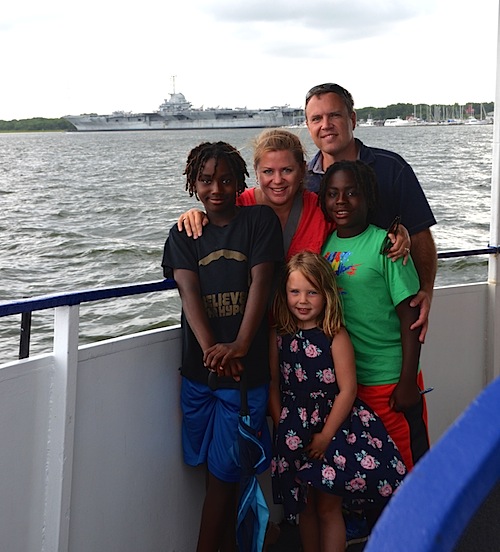 It was good that we had left so early, actually, because we ended up needing to stop to run an errand — before we had even left the beach house, Kyle explained to me how much he really needed a notebook and pen for this trip. So, we stopped on the way to buy a notebook and pen for him, which you’ll see Kyle holding and/or writing in when you look at most of the photos of our Fort Sumpter trip.

It was cloudy and threatening rain all day, but it never actually rained on us, and it made for a welcomed — relatively cool (instead of swelteringly hot) — summer day-trip in South Carolina. As we approached the island that is Fort Sumpter, Kyle was starting to realize that his dream of visiting Fort Sumpter was coming true in real time. 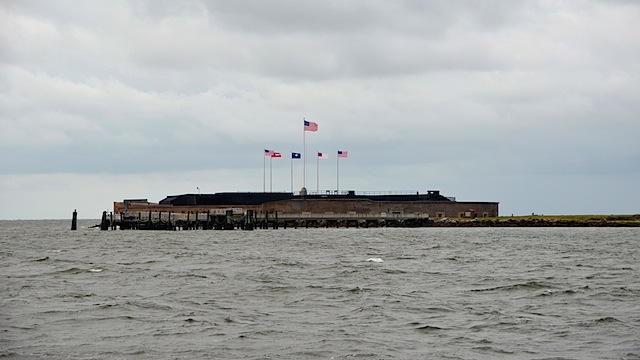 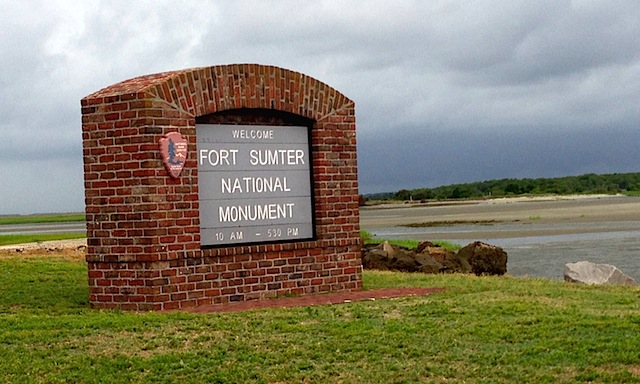 As soon as we were off the boat it was announced that there would be a “history talk,” which, of course, Kyle definitely wanted to attend (and in which, of course, Owen and Meera had zero interest). So, we split up. I took Owen and Meera to explore the fort and island, and Braydon took Kyle for the “serious stuff.” Kyle immediately got to work with his notebook, sitting within hearing distance of the expert/speaker/tour guide, listening with rapt attention, and taking notes in his book. 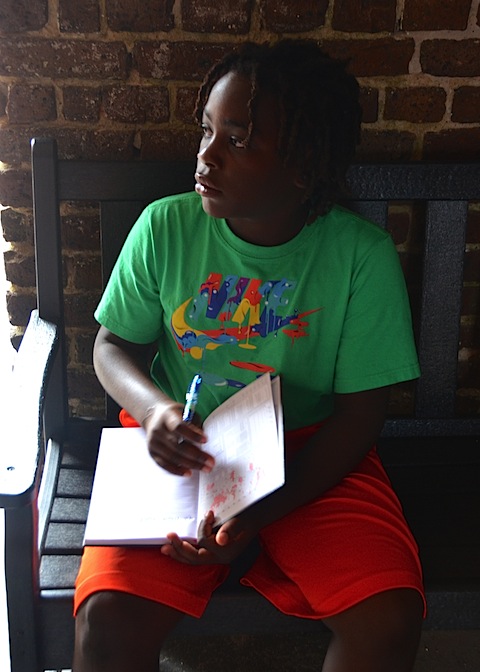 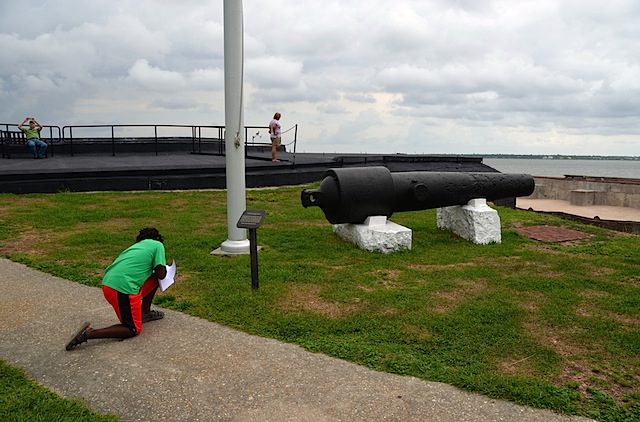 A page from his notebook~ (This page, below, is notes from the actual Fort Sumpter trip — since then he’s been working on turning all these notes into some sort of “draft”. A draft, of what, I do not know. But I do know that he spent an hour yesterday, while his brother and sister were swimming at the pool, sitting at a table in the shade working in his notebook.) 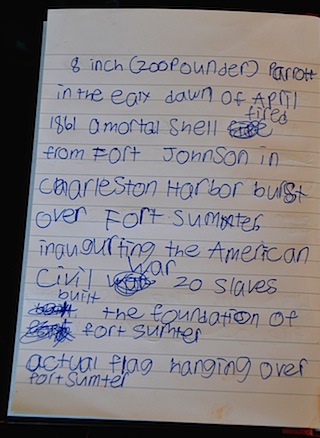 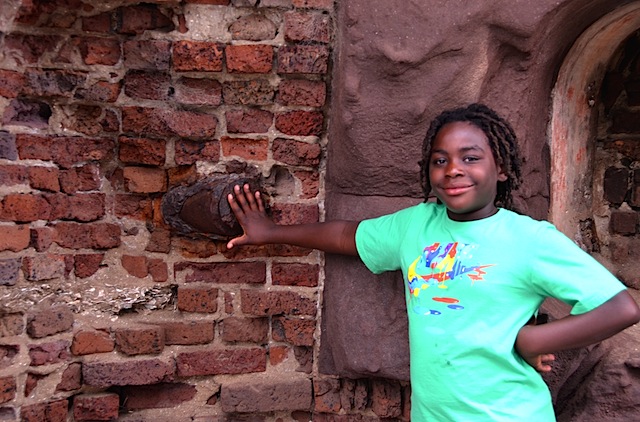 Owen and Meera, on the other hand, are much more typical kids — being dragged by their parents to a National Monument during summer vacation. The boat ride was fun, the first few minutes of exploring were fun, but they had exactly ZERO interest in the history of Fort Sumpter and spent much of their time either: 1) waiting to get back on the boat again, or 2) finding ways to entertain themselves. 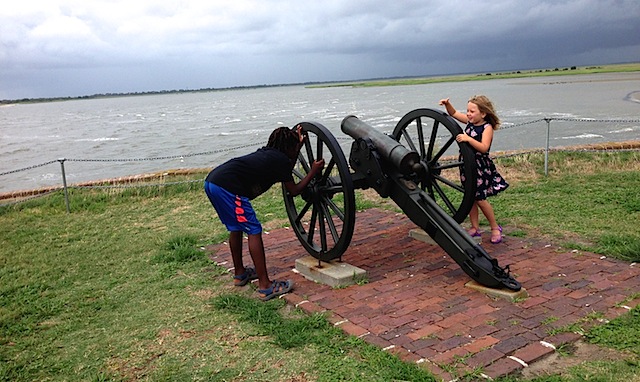 Despite Owen and Meera’s lackluster enthusiasm, Kyle, Braydon, and I found Fort Sumpter to be so interesting. It is amazing to be able to visit a place like that. 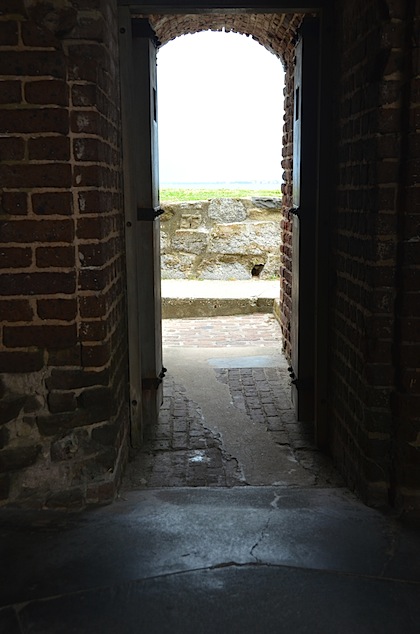 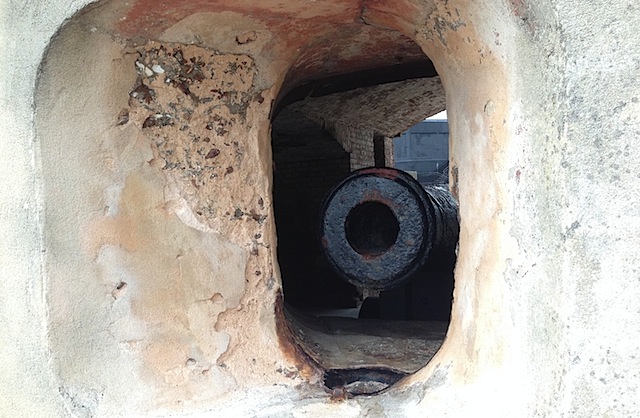 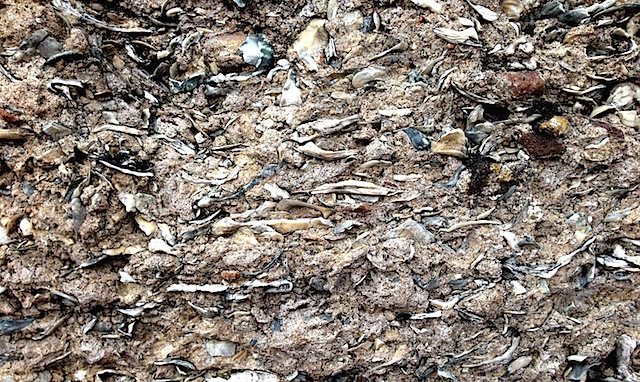 Above: I, for one, as someone who isn’t originally from a coastal area, always find this sort of thing so incredible — the fact that they originally built the foundation from shells and mud. This — called “Tabby” — is something that has always fascinated me. You can read a quick little bit about “Tabby: The Oyster Shell Concrete of the Lowcountry” by clicking here.

Below: We, for obvious reasons, are particularly focused on the history of all of these things from an African-American perspective.

Once the boat got back to the pier, I took Kyle into the Fort Sumpter National Monument gift shop. It was a thrilling experience for him. As I told my mom the next day: Taking Kyle to that store was like taking Meera to the American Girl Doll store. We took this selfie just as we left the gift shop. He had just had one of the best experiences of his life (a trip to Fort Sumpter! a dream come true!), and was leaving with two new Civil War books and a Fort Sumpter t-shirt, that his mom had happily bought for him. He was on Cloud 9 and I wanted to try to capture that look on his face. 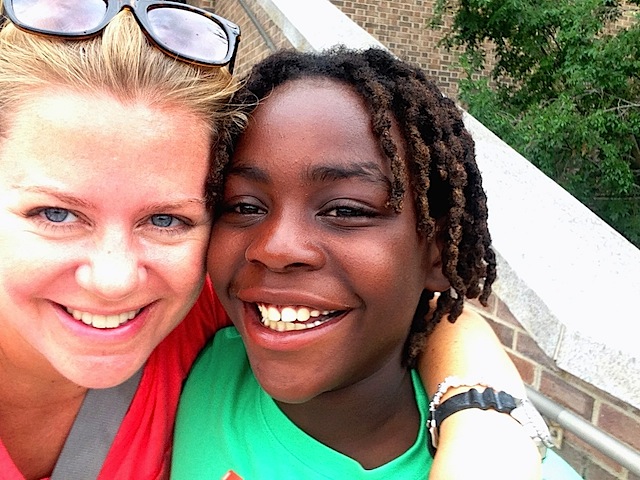 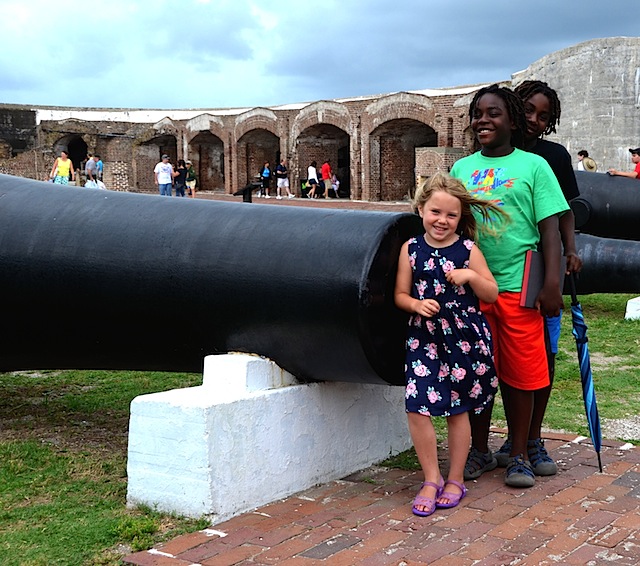