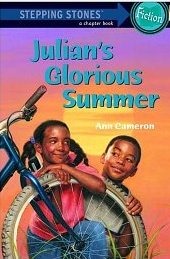 This summer we read the entire “Julian” series of books by Ann Cameron. This is the first series of books that Kyle and Owen have really latched onto and loved. We tried Harry Potter, and the Narnia series, but they didn’t stick. K & O just don’t seem to be fantasy-literature types (much to their Papi’s chagrin). What we’ve discovered, however, (much to their Mama’s thrill), is that they are big into contemporary reality-based fiction. The “Julian” books are just perfect for our boys. We highly recommend them for kids who aren’t the Harry Potter/Narnia types… particularly black kids who want to see characters who look like them represented in their reading (K & O are both definitely in this category). Here’s the amazon link: (CLICK). 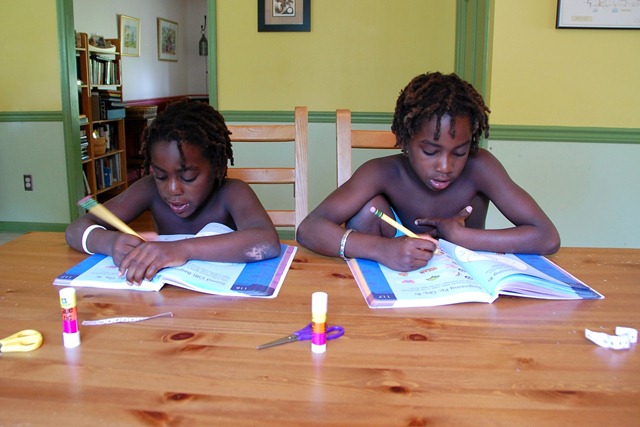 This summer we also did “summer workbooks” for the first time. I initially bought the review-of-kindergarten summer workbooks, thinking the boys might benefit from keeping at the top of their academic game over the summer. We all quickly discovered that K & O loved working on these workbooks; they zipped right through the kindergarten ones and finished them before the summer was even halfway over. So, I bought the 1st grade ones, which were slightly more challenging, but oftentimes just as fun for the boys. They spent a lot of time this summer with their “workbooks”—it became a favorite pastime for them, and we often found them working on them at the kitchen table in the early morning or mid-afternoon. Some of my best memories of this summer are of sitting with K & O during Meera’s naps, working with them on their workbooks. 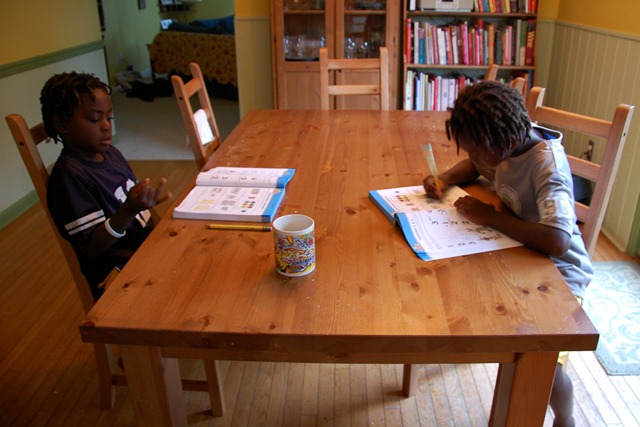