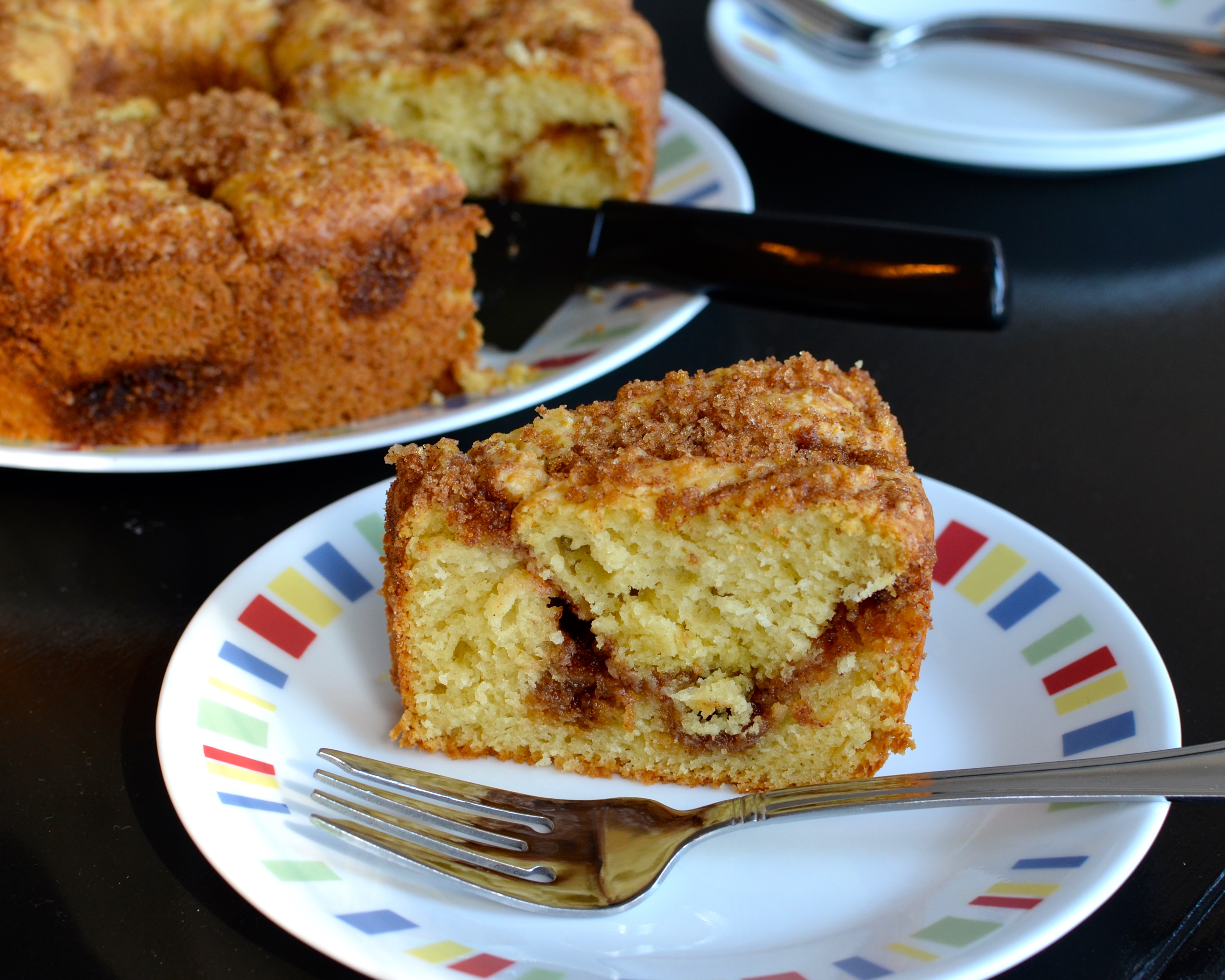 This is an old recipe from my mom. She used to make it when I was little, and I always loved it. Now my littles love it. I make this year-round, but for some reason it tastes even better at the beach house! We’ve been making it about once a week; Owen will eat half of the whole cake in one sitting. It never lasts more than 24 hours before being entirely gone.

In looking online, sour cream coffee cakes like this one are often called “Vintage Coffee Cake” or “70s Style Coffee Cake.” The original recipe I have calls for including walnuts in the crumble layers. We’ve made it with walnuts and pecans (pecans = so Southern!). But, our favorite is to make it without any nuts at all. Also, the original recipe I have calls for blending the mixture in stages for over 20 minutes total. I have found that the cake is much lighter and fluffier (and takes way less time to make) if you simply blend to combine (mixing for less than a minute).

Preheat oven to 350. Blend together the sugar, butter, and eggs. Add the flour, baking soda, baking powder, and salt. Blend until just combined. Add in the sour cream and vanilla and blend — again, until just combined. In small bowl mix together the cinnamon and brown sugar. Butter the inside of a loaf pan (I’ve made this with various shapes of loaf pan — it’s all good — use whatever you have). Pour half the batter into the pan. Sprinkle with half the cinnamon/brown sugar mixture. Then pour the rest of the batter on top, and sprinkle the top with the rest of the cinnamon/brown sugar. Bake about 40-45 minutes, or until a toothpick comes out clean. Let cool 5 minutes before digging in! 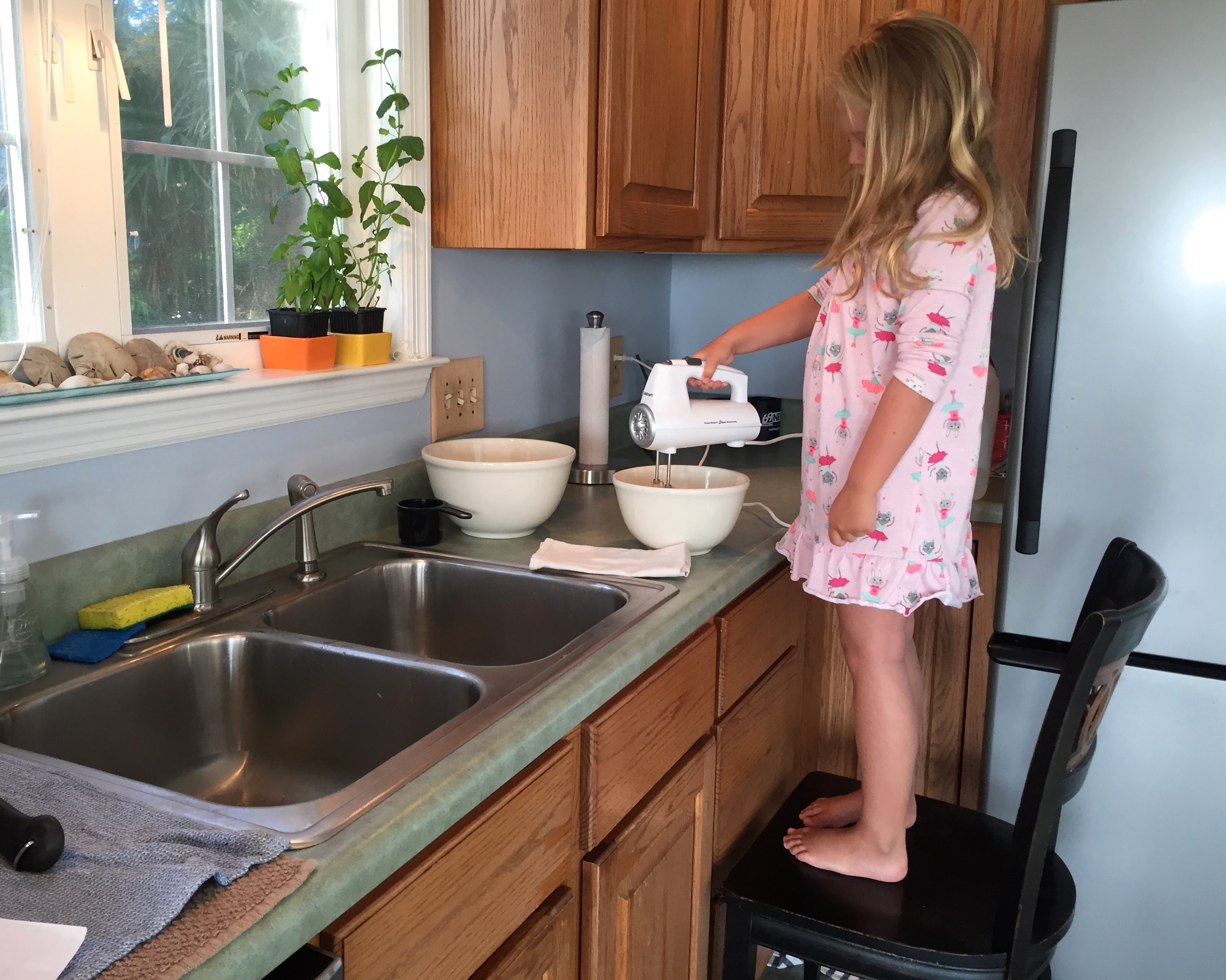 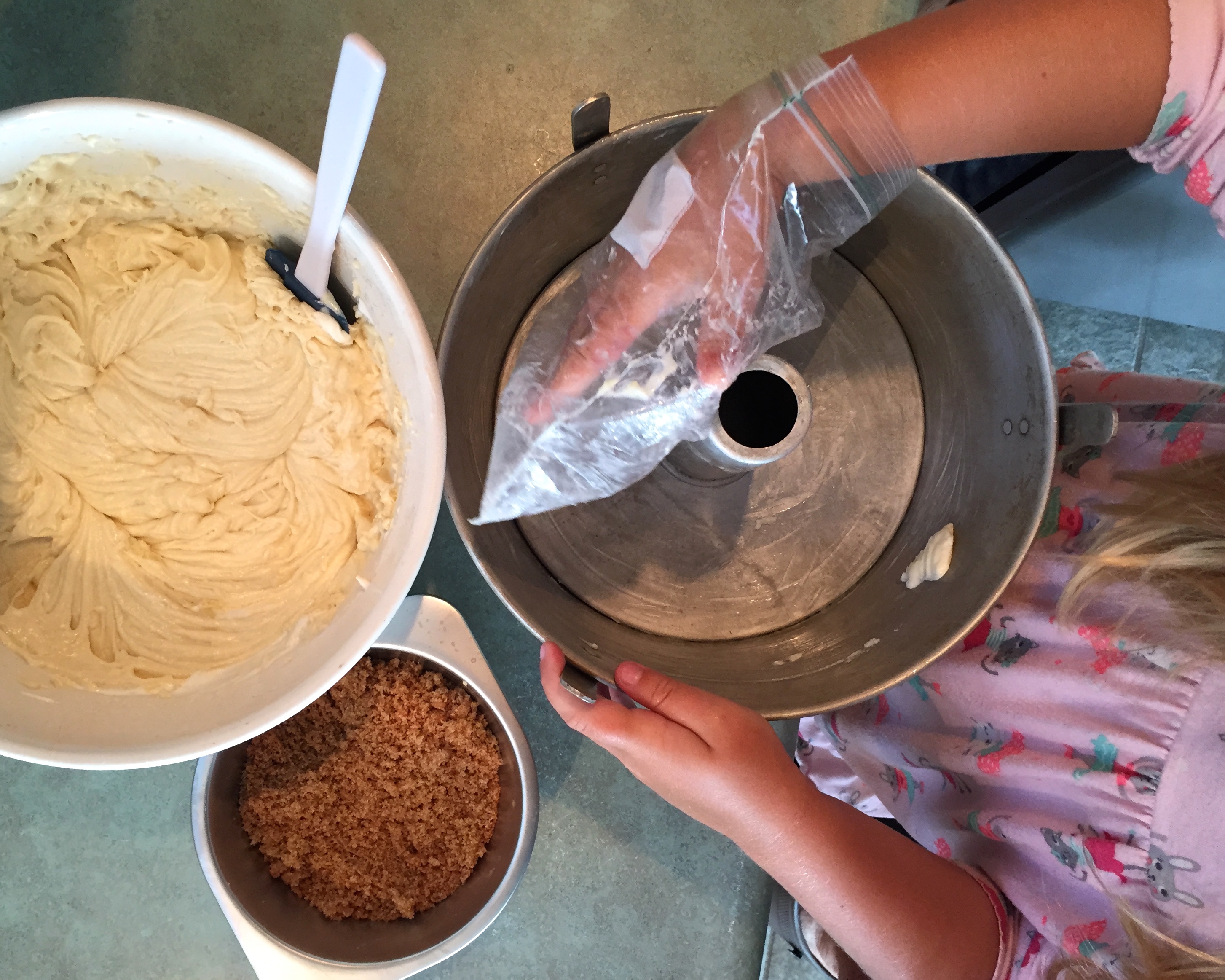 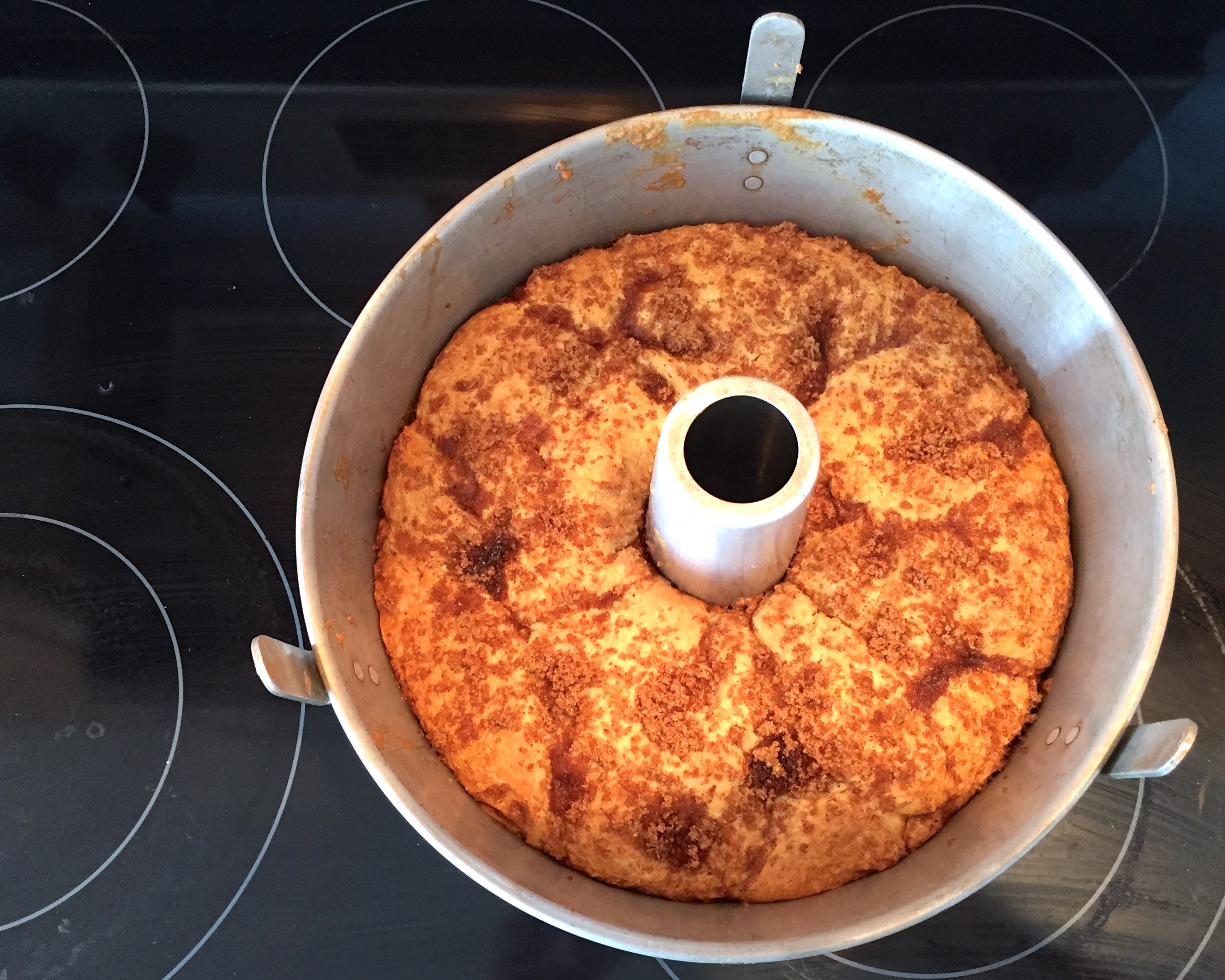 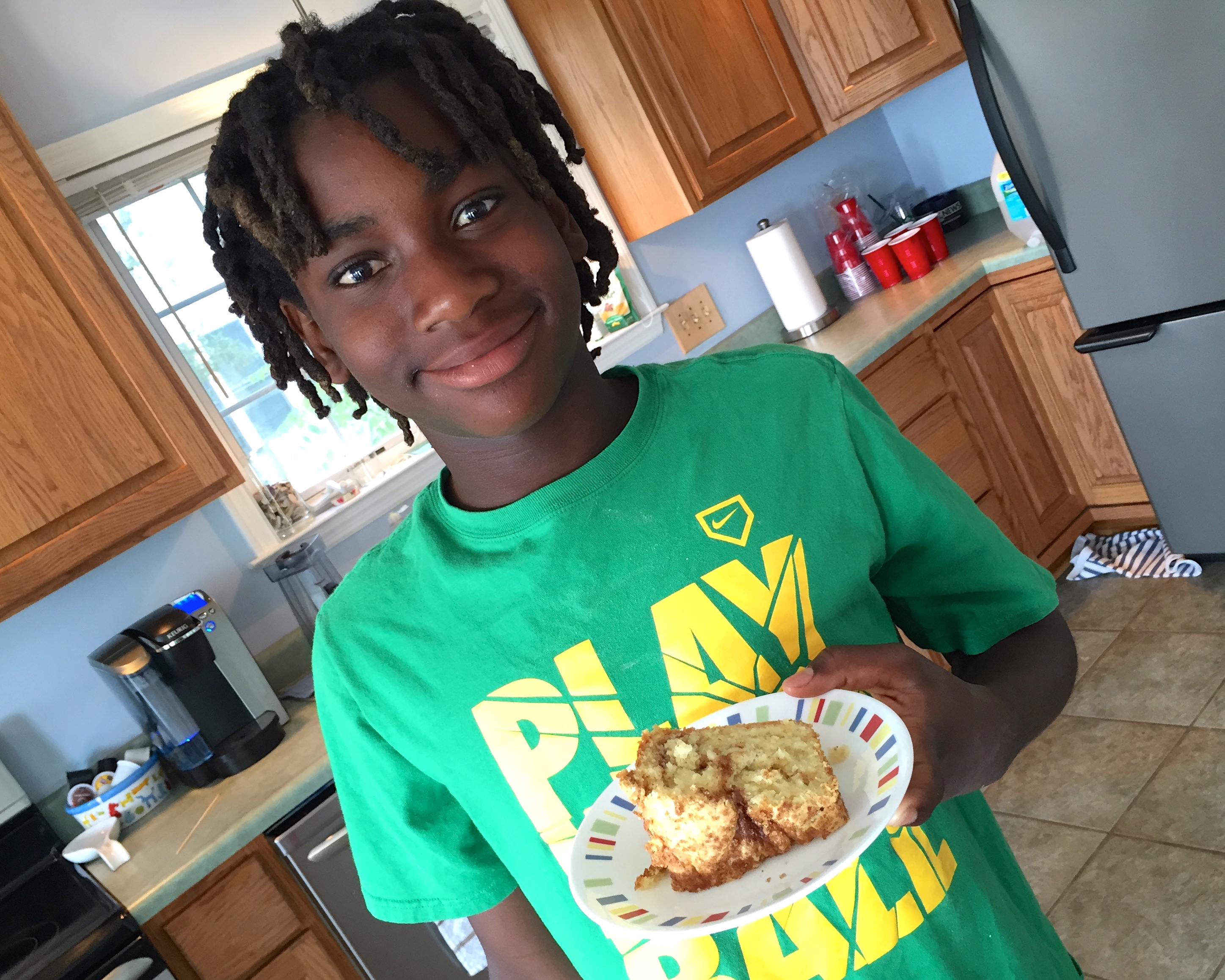